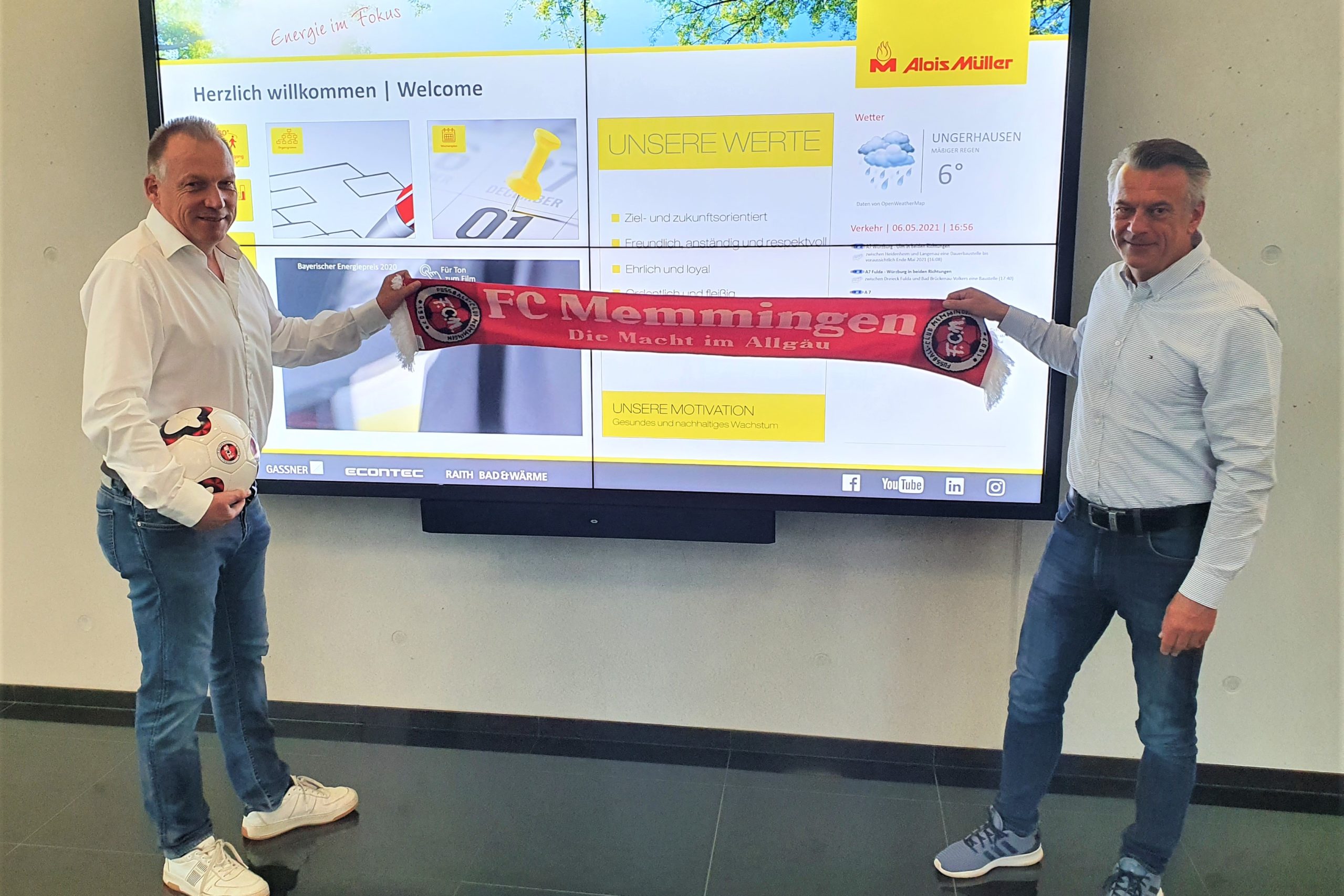 From left. Andreas Müller, CEO of Alois Müller GmbH and Armin Buchmann, President of FC Memmingen are pleased about the new partnership.

The soccer club Memmingen 1907 e.V. concludes a long-term and very significant partnership with the Alois Müller Group, headquartered in Ungerhausen, for the planned multifunctional building in the city stadium of Memmingen. “We want to set a benchmark with this building, both technically and ecologically,” said FCM President Armin Buchmann, pleased that one of Germany’s most innovative companies in the field of energy and building technology, which is also at home in the region, could be won for the forward-looking project.

Alois Müller GmbH will support FC Memmingen in the realization of the building project from basic planning and technical implementation to operating and maintenance services in the areas of heating, ventilation, refrigeration and electrical engineering. In addition to project implementation, the Alois Müller Group will also support the successful development of the club in the areas of training and match operations.

“Sustainability is not only a top priority for our company in energy and building technology. In our social and societal commitment, we are also committed to selected projects with a future in the region,” says Andreas Müller, CEO of Alois Müller GmbH, describing the partnership with FC Memmingen as a “very special” one. The club relies on sustainable youth work and solid club management. “This team spirit impresses us and we are very happy to support that,” Müller said.

The partnership with the Alois Müller Group was initially concluded for five years until June 30, 2026, making it one of the longest-term contracts in the club’s history for FC Memmingen.