Surcharge | European headquarters of the CSA Group in Plattling 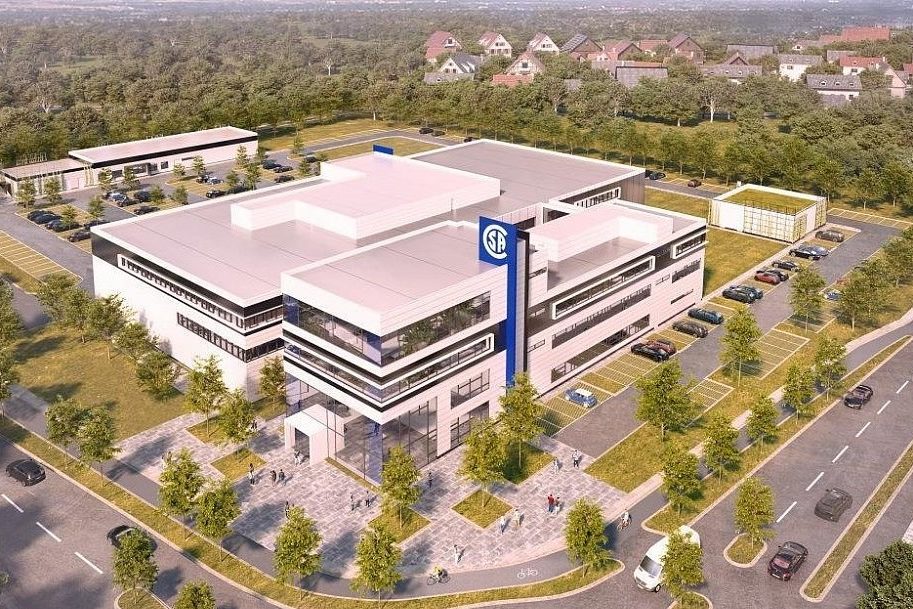 The European headquarters of the Canadian company CSA Group is being built in Plattling. Four buildings with a total area of around 12,300 square meters, including an administration building, two inspection and test buildings and an energy center will be constructed on the 24,600 square meter site.

As general contractor, Alois Müller GmbH takes over the entire technical building equipment. In addition to heating, ventilation, sanitary and refrigeration technology, this includes all electrical work as well as measurement and control technology. In addition, the planning service, i.e. the resource-saving and cost-efficient energy concept, is also “made by Alois Müller”. Among other things, the focus is on heat generation via a groundwater heat pump and cooling via a well system.

CSA Group is one of the world’s largest independent safety and environmental certification providers, testing prototypes – from insulin pumps to combine harvesters – before they are released to market. CSA Group has offices and testing laboratories in North America, Europe and Asia.